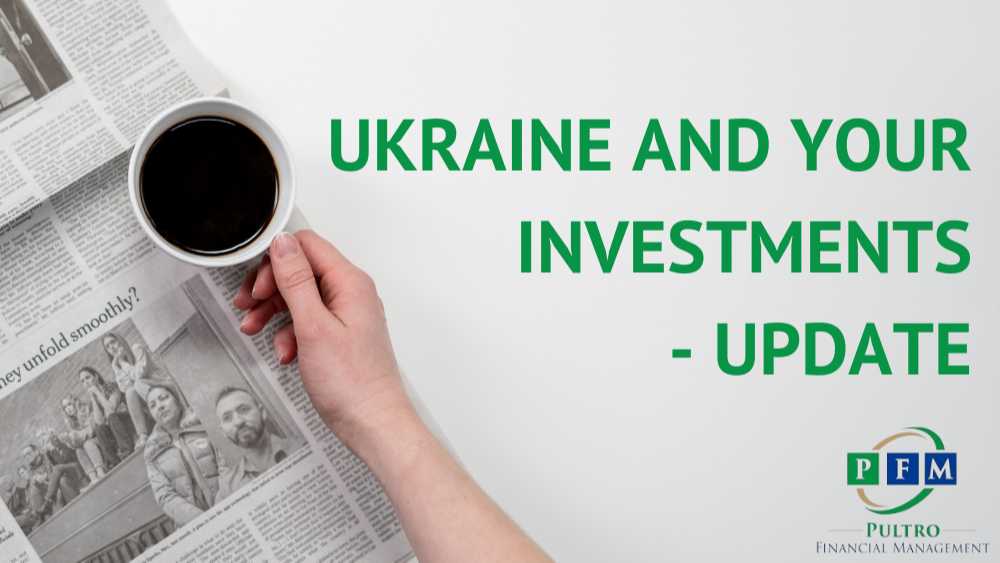 Ukraine and Your Investments - Update

It’s natural to be worried during a time like this. You wouldn’t be human if you turned on the news, or checked your portfolio, and felt nothing. As humans, it is hard not to feel angst and fear during these uncertain times. Given that these feelings are completely normal and expected, the question then becomes how do we harness and control them?

The unfolding tragedy in Ukraine is simply appalling. The events overseas are not only having an impact on our hearts, but also our portfolios. Fear breeds rash decision making. Rash decision making breeds volatility. This is a recipe for keeping you up at night.

However turbulent things may seem, these temporary drawdowns are normal. In an average year, the market has a 5% drawdown four times. Even more surprising is the fact that there is a 10% drawdown once per year. My point is, these temporary declines are normal and expected in any given year and nothing to be afraid of.

Now, I know the wheels are spinning in your head and you are thinking, “this time it’s different.” But, what has history taught us?

PSA: Markets go up and markets go down. The decisions you make during these temporary declines can determine the outcome of your retirement. To change our decision-making process, we need to change how we think about volatility and temporary declines.

When buying a car, you don’t call the manager over and demand to pay full price. When shopping for gifts in December, you don’t turn your nose up at the clearance rack. So, when our investments experience a temporary decline, why aren’t we beating down the doors to buy more?

This too shall pass. Volatility is normal. Declines are temporary. You only lose if you sell.

It is ok to be worried during a time like this. Our feelings of angst and fear are completely normal. However, how we harness and control those fears could literally dictate the outcome of our retirement.

As always, if you want to chat with me further about this, please give me a call.

Have an amazing weekend, turn off CNBC, and stop checking your accounts.

Content in this material is for general information only and not intended to provide specific advice or recommendations for any individual. All performance referenced is historical and is no guarantee of future results. All indices are unmanaged and may not be invested into directly.