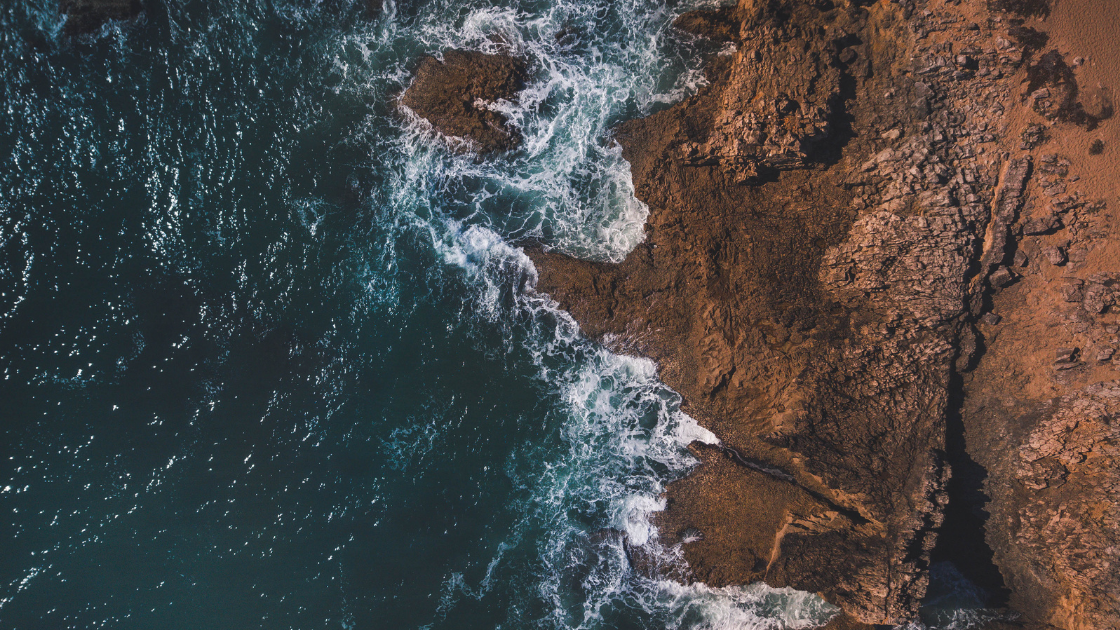 Why Trying To Time The Market Is Unwise

Market timing is a “strategy” of deciding when to buy and sell stocks by attempting to predict which way and when stocks will move. Let’s look at an example and the data to determine why market timing is unwise.

Let’s say I was convinced that Bank of America would rise if Clinton had been elected President because Clinton was real cozy with Wall Street. As such, if Clinton had been elected, I would have placed an order to buy Bank of America stock on November 9th. The other side of my logic would make sense to this timing strategy too. So conversely, I would have predicted that Bank of America’s stock price would fall with a Trump victory and therefore would sell Bank of America stock if Trump had won. Notice I did not think about Bank of America’s balance sheet, their cash reserves, their earnings or anything else. I am just convinced that I know the direction their stock price will move and when. Sounds simple. Maybe even logical, right?

Well guess what? Bank of America’s stock price went up about $1 after Trump was elected.

In addition to trying to time individual stocks, some try to time the direction of the stock market with precision. Let’s use an example from not so long ago.

On Election night in 2016, markets around the world were falling as Trump racked up Electoral College votes.

In fact, Japan’s markets were off by about 5%, Mexico’s peso was getting hammered and the US futures market was down by about 800 points, pointing to a real rough day for the US stock markets when they opened on November 10th.  Or at least that was the prevailing thought.

But the markets ended November 10th up over 1%. If you had bet on the market losing ground on the Day After the Election, you would have lost money, maybe even a lot of money. Because you guessed the direction wrong and missed the 1% gain.  That is why some liken market timing to gambling.

Have you ever thought about the real impact that trying to time the market can have on your returns?
In a recent “Guide to Retirement” study, JP Morgan Asset Management demonstrates just what happened to one’s returns because they missed out on most of the good days. And the results are staggering.

According to JP Morgan’s study, if you stayed fully invested in the S&P 500 from 1995 through 2014, you would have enjoyed an annualized return of return 9.85%.

But if you tried to time the market and ended up missing just the 10 best days during that period, your annualized return would have been only 6.1%.

In real dollar terms, a $10,000 investment would have been worth over $65,000 if you stayed fully invested. If you missed the 10 best days, however, that same $10,000 was worth about $32,000. That could be a significant down payment on a house, a college education or a fancy new car. Does this grab your attention?

Ok, let’s go back further and look at more data.

A study commissioned by Towneley Capital Management and conducted by Professor H. Nejat Seyhun from the University of Michigan analyzed 7,802 trading days for the 31 years from 1963 to 1993 and concluded that 90 days generated 95% of all the years' market gains – an average of just three days per year! Can you imagine if you were “out of the market” on those 3 days each year? 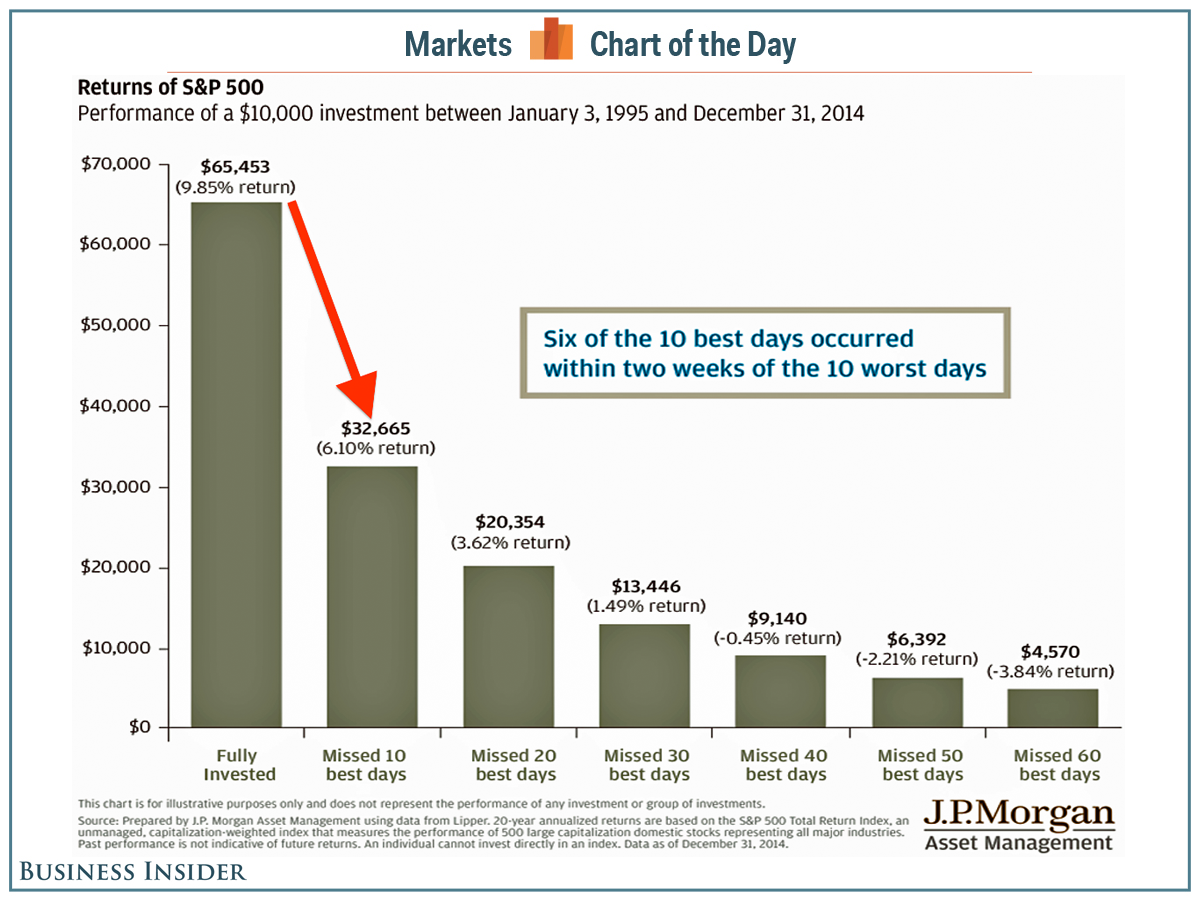 The data concludes that unless one can perfectly predict the future, you might be better off being invested. But before you say, “well, I’d never try to time the market” I want you to think about this for a second. Have you ever postponed funding your investment account or making an investment decision until “the market picked up” or until “the market settled down?” If so, you’ve engaged in market timing. And that’s unwise.

The opinions voiced in this material are for general information only and are not intended to provide specific advice or recommendations for any individual.

Investing involves risks including possible loss of principal. No investment strategy or risk management technique can guarantee return or eliminate risk in all market environments.

Past performance is no guarantee of future results.

All information is believed to be from reliable sources; however LPL Financial makes no representation as to its completeness or accuracy.

This article was prepared by RSW Publishing.