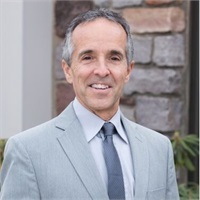 Michael has been in the financial planning industry since 1987. After graduating from the University of The Arts in 1979 with a double degree in music performance and music education, Michael spent 10 years performing in Atlantic City, NJ with celebrities such as Frank Sinatra, Tony Bennett, Dionne Warwick, Sammy Davis Jr., Jerry Lewis, Steve Lawrence & Edyie Gormet, Debbie Reynolds, Aretha Franklin, Luther Vandross and many more.

He also taught music both privately and at the elementary and high school level. His love of teaching and educating others has served him well as a Financial Advisor.

While pursuing his passion and embarking on a career as a professional musician/ teacher, Michael began preparing for his own financial future and began an investment program with a large nationwide institutional financial firm. He eventually learned an unfortunate and expensive lesson; sometimes you get taken advantage of.

Michael also conducts a popular series of financial workshops throughout the year that help people to understand the financial planning process, how to avoid making common mistakes made by many investors and ways to potentially make better financial decisions.

Since 1987, Michael has specialized in teaching and assisting investors strategies designed to work towards preserving their assets, maximize their income, and minimize income taxes.